Understanding The Important Of Restitution In The Life Of Christians

Leviticus 6:4, “then it shall be, because he has sinned and is guilty, that he shall restore what he has stolen, or the thing which he has extorted, or what was delivered to him for safekeeping, or the lost thing which he found” The center of restitution is confession to men as the bible commands us to confess to one another, but in a larger and clearer sense, restitution is restoring things wrongly acquired in old life of sin, returning what was wrongly taken or borrowed in the past.

Restitution is an act of revealing lies, faked, falsified, fraudulent information and documents of past; reconciling with people we offended by apologizing and people who offended us by forgiving them. Lastly it is also repaying debts we owed in the past which we refused to pay or forgot to pay. By reality, every child of God has at least one or two matter of restitution.

When you are truly saved and the Lord has forgiven and cleansed you from all your sins; the Spirit of God enters into your life, and immediately he begins to point to you what you need to amend and restitute. The First and Greatest Teacher of restitution after salvation is the HOLY SPIRIT, speaking to our mind, our conscience what to restore, reveal, and return and who to reconcile with.

It’s spiritually natural after genuine salvation. If you are truly saved and nothing is ministered to your spirit to correct or confess to people, it means there is need for second touch to see clearly or you are blocking the speaking of the Spirit into your heart. Everybody of us was born a sinner, grew in sin to a particular level before we become born again. Since nobody is sinless before salvation, everybody has one or two restitution to do. Sin is offending God and man, when we come to Jesus, confess our sins to Him and ask Him to forgive us, He does just that. After God has forgiven and cleansed, then we reconcile with fellow men.

The most and first important thing is to settle and reconcile with God, every sinner is fighting with God, but when we come to God through Jesus, when we repent from all our sins, confess them and accept Jesus into our lives, we reconcile with God and that made us to be children of God Almighty instead of His enemies. Paul said, “Men and brethren, I have lived in all good conscience before God until this day.” Acts 23:1.

When we repent from our sins and confess them, we have good conscience before God, and that is the beginning of everything in our Christian lives. The salvation of our souls is the basic and foundation of Christian living, Christians without genuine salvation are religious Christians, not reckoned with God, and they are the majority in Christianity.

It is just like somebody saying “I love God” but he hates fellow men; how can he loves God he doesn’t see and at the same time hates fellow men he sees? Bible says such love is fake. The same is applicable with confession, when you confess to God you find it hard to confess to fellow men that you can see, how genuine is that confession?

“And do not fear those who kill the body but cannot kill the soul. But rather fear Him who is able to destroy both soul and body in hell.” Matthew 10:28. The worst men can do to you after restitution is to kill your “temporal” body but only God has the power to destroy that body and soul, only Him you should fear. Fear brings snares; fear ensnares people, even after they are saved, not to claim their total freedom in Christ through restitution. Why will you be afraid to confess the sin to creatures after you have confessed and settled with the CREATOR?

THE BLESSINGS OF RESTITUTION

Judges 17:1-2 “Now there was a man from the mountains of Ephraim, whose name was Micah, And he said to his mother, “The eleven hundred shekels of silver that were taken from you, and on which you put a curse, even saying it in my ears—here is the silver with me; I took it.” And his mother said, “May you be blessed by the Lord, my son” There are many blessings that follow after restitution is done, here are few of them.

In our past old life, we wronged God and men, when we are saved, we make peace with God and so we must complete the process of peace by making peace with people. People we fought, we offended, or harmed before we were saved must be contacted and apologized to. People we had bitterness, malice and hatred with must be settled with, even if we think they wronged us, even if we have decided not to greet them again.

Yet, we must make peace with them for the sake of peace and to remove the bitterness, malice and others so that we don’t give room to the devil in our new lives in Christ. “If it is possible, as much as depends on you, live peaceably with all men” Romans 12:18. People you are living with, working with, schooling with; family members, friends and neighbors, every one we had issues with, as much as we can, we should settle peacefully with them. 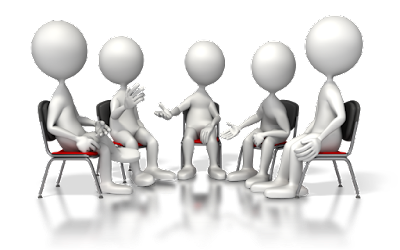 When we make peace with all men, both right and wrong, it confirms our peace with God, it gives us peace and it’s the only way to see God, to enter heaven. “Pursue peace with all people, and holiness, without which no one will see the Lord” Hebrews 12:14. When we settle with people peacefully, it shows we are truly children of God, the King of Peace; Jesus the Prince of Peace and we, the children of peace. “Blessed are the peacemakers, for they shall be called sons of God.” Matthew 5:9.

Restitution is to settle our old accounts and close them. If you are saved and you have not made some past wrongs right by restitution, it simply means you keep your old account open which may stand against you here on earth and eventually disallow you to enter heaven.

Undone restitution has the capacity to block God’s blessing in your life here on earth and block you from entering Heaven. The old records which stand against you can only be settled and closed by restitution. “Some men’s sins are clearly evident, preceding them to judgment, but those of some men follow later.” 1 Timothy 5:24.

It Confirms Your New Life In Jesus Christ 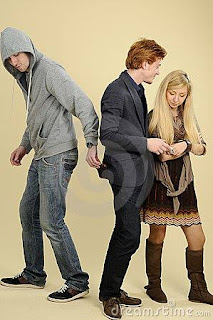 The same is in reality with restitution. After you have repented and confessed your sin to God and he has forgiven, cleansed and accepted you, you need to respond back to confirm your salvation by restitution. Think about it, if I were your neighbor and I stole your stuffs in past and using them. You knew and just kept quiet, then later I got saved and come to preach to you and still using what I stole from you, how will you feel? Restitution is a certainty for every regenerated child of God.

It Turns Curses To Blessings

Many curses in life are caused by wrong things that was done in past, and many problems facing children of God after they have been saved are not because the enemies are powerful over their lives in Christ but because they allow the old curses to have access to their new lives because of ignoring necessary restitution they need to do. Undone restitution allows the unsettled wrong of your past to haunt your present life even though you are now a child of God.

You give access to Satan, enemies, generational curses and many attacks when you refuse to do needed restitution. This can also block the free flow of God’s blessing, progress and God’s promises for your life. Undone restitution gives Satan to accuse you and oppose you in the present of God. Most of the problems making us to do fasting, special prayers, deliverance and attend several programs and the problems remain the same; those problems can be solved if we do simple acts of apologizing, forgiving or any necessary restitution as the case may be.

That will end the mountainous problems, and that begins the progress and prosperity in your life, marriage and ministry. “And he said to his mother, “The eleven hundred shekels of silver that were taken from you, and on which you put a curse, even saying it in my ears—here is the silver with me; I took it.” And his mother said, “May you be blessed by the Lord, my son!” Judges 17:2. Obedience is better than sacrifice.

When restitution is settled, you have peace, you have more confidence in the Lord and you have assurance of heaven. Satan will not have anything to hold against you and you will have that strong boldness in your prayer. Here is what the Word of God says, “And by this we know that we are of the truth, and shall assure our hearts before Him. For if our heart condemns us, God is greater than our heart, and knows all things. Beloved, if our heart does not condemn us, we have confidence toward God. And whatever we ask we receive from Him, because we keep His commandments and do those things that are pleasing in His sight.” 1 John 3:19-22. Therefore, it very important you enact all necessary restitution you ought to make while the grace of life still abide because tomorrow is never promised.

Is There A Hell | Billy Graham Classic