When prayers leave the soul of a Christian, it ascends to the heavenlies in four (4) forms; two of which are accepted into Heaven. ​ 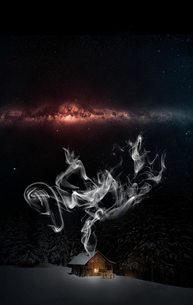 ​The First two prayers are rejected:
DRIFTING SMOKE: EMPTY PRAYER – These prayers would rise into the air but would appear like smoke that drifts along and vanishes in the air. These prayers would be captured by Demons in the second heaven, carried to their decoding facility to determine the content of the prayer. These prayers come from people who have sin in their live and are not willing to deal with them.
Their prayers are very weak; they are blown away and disappear in the air. This is dangerous because when the demons decode these prayers, they will then seek to answer the prayers of that carnal Christian. Hence, they would give the Christian counterfeit answers to their prayers that look and feel like God but are fake. Many people got false blessings, false gifts etc., this way. 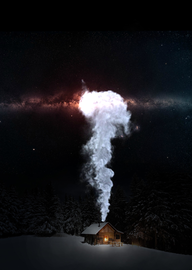 ASCENDING SMOKE:  PRAYERS OF VANITY – This type of prayers are prayers that comes from Christians who are trying their best to walk in the word of God uprightly but are corrupted by means of love of worldly pleasures and vanities.
God wants us to live in comfort and have in abundance, but have what? He wants us to have whatever we need to live outside of poverty, and enough to give to others in need.
But any servant of God who wears a lot of jewelries, and many fancy things: fancy shoes, fancy cars, etc., and living a luxurious life with lots of gold and jewels are under the spirit of vanity. Heavy attachment to lots of jewelries and fancy expensive possession is vain. [Wearing one gold ring on the finger is one thing, but wearing five rings on the fingers exposes the presence of vanity.

​The (3) three last are those God takes interest in. 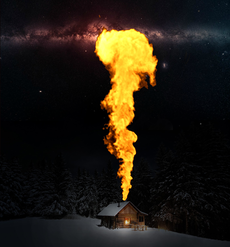 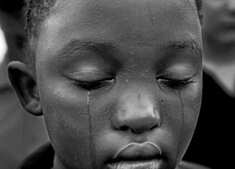 10 PRAYERS TO PRAY IN TROUBLE
​​PRAYERS OF TEARS: PRAYERS OF THE RIGHTEOUS – Prayers of tears are like smoke that rises high into the air. As it ascends it becomes hotter and hotter and changes to fire as it ascends into the second heavens. The demons would not be able to capture this prayer, though it will encounter resistance. Some people see this prayer as a small ball of light.

Most profoundly, it says in Psalms 126:6, “They went on and wept as they cast their seeds; but they shall surely come with exultation, bringing their sheaves with them”], and will save from death, heal the infirmed and cleanses away the judgement of sin according to. James 5:15, “And the prayer of faith will cure the sick, and the Lord shall raise him up. And if he has committed sins, it will be forgiven him.”.
The fire in this prayer would cause the thick layer of rock-hard darkness to begins to melt like wax as it pierces the rock and go through.

​The tears of the righteous are always registered in the Book of Tears, and stored in a bottle of Tears. This is confirmed in Psalms 56:8, “You have recorded my wanderings. You put my tears in Your bottle. Are they not in Your book?”
It has been revealed by the Lord that this bottle is a green bottle and kept in the chambers of Tears and kept by Angels.

This type of prayer always brings results, [Proverbs 15:29, “The LORD is far from the wicked: but he heareth the prayer of the righteous”.

PRAYER OF HOLY TONGUES – This type of prayer is the most powerful of them all. It cannot be stopped, hindered, or captured. This holy Prayer in Unknown tongue is like football size fireball and releases great thermal, radiant and nuclear energy, whose nuclear blast demolishes satanic gathering and structures in the second heavens. It releases great electrical discharges as it passes through the heavens.
This type of prayer leaves the Christians and go straight up to God, burning through the thick darkness of the 2nd heaven. Demons are not able to capture this prayer, nor decode it; for it is the language of God.

Praying on our knees has great effect in the spirit when we pray a prayer of faith. Satan doesn’t like Christians praying on their knees. When God sees a Christian, even an unsaved praying on bended knees in tears, He listens to the person’s prayers because he knows that this prayer is from the soul. Bending knees unto God is a spiritual principle that donates Obeisance and humility, (Isa 45:23), however, many people do not like praying on their knees, neither does the devil.

THE DARK POWER OF FAMOUS MAGICIANS

PREPARATORY GOSPEL VS DEMON OF MAMMON
DEMON HUNTERS OF THE 2ND HEAVEN
HOW TO BE TRULY SAVED
CHAMBERS OF IMPRISONMENT  IN 4 WORLDS OF DARKNESS
DESTROYING SPIRIT WIVES AND HUSBAND
UNAWARE INITIATION OF CHILDREN
EXPOSING VARIOUS SATANIC WEAPONS & SCHEMES USED AGAINST CHRISTIANS.
POWERFUL PRAYER AGAINST WITCHCRAFT POWERS
HOW TO DESTROY WITCHCRAFT SPELL - DIVINE STRATEGIES
END OF DAYS - THE RAPTURE ​WHEN? REVELATIONS OF YAHUSHA HA-MASHIACH​
Post Views: 351