Exposing The Strategies Of The Enemy

On August 3, 1979, Howard Pittman, a Baptist minister for 35 years, died while on the operating table during surgery and had a near-death experience. After angels showed him the second and third heavens, he was taken before the very throne of God where he was given a message to share with the world.
The following is an excerpt from his booklet, Placebo, which documents his amazing near-death experience. You can purchase his audio tapes and booklets at the Lake Hamilton Bible Camp store or download the PDF of this Testimony.
Near Death Experience And Exposure Of Demonic Strategies-Placebo
Webster’s Dictionary defines “placebo” as “a medication prescribed more for the mental relief of a patient than for the actual effect on his disorder, or something tending to soothe.”
The doctors tell us that if we know we are being treated with a placebo, it does not work. In our minds we must think that it is a real medication and has the strength or power to heal. If the patient believes this, then the treatment has been known to work wonders in many cases that otherwise could not have been treated. Placebo treatment is, in fact, nothing of substance, but in the mind of the patient it is real. In order for this kind of treatment to work, the doctor must convince the patient of the work of the medication. 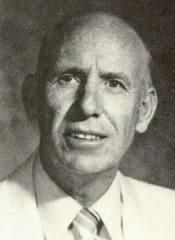 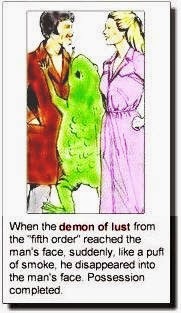 Man’s greatest weapon, however, is the Word of God. In his description of the weapons used in our spiritual warfare, Paul insists the Word of God [Ephesians 6:11-18] as the only offensive weapon mankind has. Although vastly outnumbered by these beings [thousands to one individual], man is adequately prepared for battle.

READ ALSO  Confession Of Former Satanic Agent Of Darkness By Pastor Jonas-Series 4
Powered by Inline Related Posts
Because of a sovereign will, guardian angels, and the Word of God, man has superior defense and is much more potent in the battle for his soul than the demons. Therefore, I say to everyone — if you are serious in your commitment to fight this war and win, fear not! Your commander–in–chief, teacher, healer and sustainer — the Holy Spirit — will NEVER leave you NOR forsake you.
Chapter 9: The Way Home
When the angels decided that I had seen enough of the demons at work in this physical world, I was taken back into the Second Heaven just by passing through the dividing, dimension wall. Once back inside the Second Heaven, my escort guided me in the direction of the Third Heaven and I was happy at last. After all, this was where I had wanted to go all the time. Even at this stage, my physical life was still my primary concern.
Suddenly we came to a most beautiful place. I know that I’ve already reported how terrible that the Second Heaven was, so you can imagine how surprising it was to find anything beautiful over there. God would not allow me to retain the memory of why this place was so beautiful. I do remember that it was the most beautiful place I’d ever seen. This place looked like a tunnel, a roadway, a valley or some sort of highway. It had a most brilliant light all its own and was completely surrounded with an invisible shield. I knew that the invisible shield was the protection of the Holy Spirit.
Walking in this tunnel, or along that roadway, or valley, or whatever, was what appeared to be human beings. I asked my escort who they were. He told me, “They are saints going home.” These were the departed spirits of Christians who had died on Earth and they were going home. Each of these saints was accompanied by at least one guardian angel and some had a whole host of angels with them.
I wondered why some saints were accompanied by only one angel and others had many. I was watching as the saints passed through the way that all saints must take to go home. Here it was, the passageway from Earth to the Third Heaven. I found that only “authorized” spirits were allowed in that tunnel. No demon was permitted there.
When my escort had finished explaining to me about the homeward trip of the saints. I started into the tunnel. The angel stopped me and told me that we had to travel alongside the tunnel and not inside of it. I traveled, therefore parallel with but outside the tunnel where the saints were. While we were traveling alongside the tunnel, we did not move at the “speed of thought.” Instead, we traveled as it floating on a cloud. In other words, there was no cloud but the mode of traveling felt as if I were floating on a cloud.
I could see the saints at all times moving along inside the tunnel. They were in the form and shape of humans, yet I could not detect any race, age, or sex. They were all clothed alike with the garments appearing to be made up of two pieces.
READ ALSO  MY LATEST REVELATION OF HELL-EXTREMELY SHOCKING!!! By Zipporah Mushala-19th February 2018
Powered by Inline Related Posts

There was a blouse or shirt and a pair of slacks. The color of the garments was a pastel, baby blue with one of the garment pieces being a shade lighter than the other piece. The blue was so light that it was almost white. I realize that these saints I was viewing had not yet received their glorified body because that must wait until the first resurrection.