​In the spirit, if a Christian seems to be a threat to darkness, the satanists would weigh them to see how heavy they are; [remember the anointing is weighty]. ​
The heavier means the more powerful, therefore your anointing is being weighed.

A Christian who is engulf with flames is dangerous to the manipulations of darkness that are operating in crossroads and open places. If the satanists or sirens are in the streets or in a place casting manipulations, they would at all cost avoid a fiery Christian, whom they would see as a walking pillar of fire.
The heat of this fire would cause demons to scatter, therefore, Satanists would stay at least 300 feet away from the flames of a man or woman.

This would make the servant of God a target and would therefore be listed for analyzation. The satanists would measure his or her heat in order to launch counter attacks and set snares for that servant. Their primary tactic are is to set distractions using human vessels and situation. When they cannot touch a christian, they will try to get the servant to step out of the line of their protection by sinning. 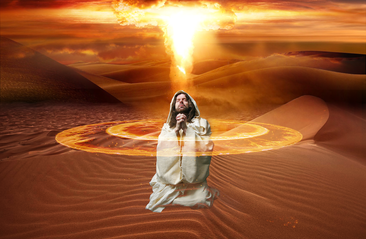 Jesus brought a servant to Heaven and gave (7) seven qualities to become a Heavenly soldier. He said:
In the spirit realm, we Christians vibrate, and are electrically charged whenever we enter into the presence of God. Whenever we pray, we are charged, but when temptations and demons come, our spirit releases a discharge; a macro-blast of divine Dunamis.
This discharge scatters and dismantle the powers of the satanists and demons, and render them powerless.
This electricity is the presence of God as we see in the Bible. The fire of God is always mixed with electricity as we see in Eze 1:13, “the fire was bright, and out of the fire went forth lightning”.
Therefore, a Christian always get a discharge from a charge, like lightning and thunder.
Eze 1:13, “out of the fire went forth lightning”.
Rev 4:5, “And out of the throne proceeded lightnings and thunderings”
Rev 11:19, “And the temple of God was opened in heaven,… and there were lightnings”,
Eze 1:14, “And the living creatures ran and returned as the appearance of a flash of lightning”.
The Cross That Cancels The Curse – 20th August, 2020

We all know that lightning is electricity. In Dan 10:6 it says, “His body also was like the beryl, and his face as the appearance of lightning’; also in Mat 28:3, it says, “His countenance was like lightning”.
Just as Mary saw the Angel letting off an electrical discharge, we as Christians also let off an electrical discharge when we are charged with power.
The fire and lightning of a christian is generated by holiness and purity and prayers.

​VOICE ACTIVATION OF THE TONGUE
EVERYTHING in the Kingdom is voice activation. In order create, you must SPEAK WITH FAITH.
There is a time to pray and cry and petition and travail, but there is a time to stand as a warrior and take authority and speak to the elements in the authority of Jesus the Messiah.

You must know that there is power inside you. How can you get this power out? By the tongue. Do you think that the tongue has its own power? No! it takes its power from the power source inside you.
So truly,  death and life is not in the tongue itself, but in “the Power of”. It means, if your tongue has no power, there will be no life and death; for your tongue must have that power to generate life and death.
This power in the tongue can either be from the Holy Spirit or Demonic generated; either way, the tongue will be empowered by a force.

We must speak and command change in our territory and keep the powers of Hell under subjection to the obedience of Christ. 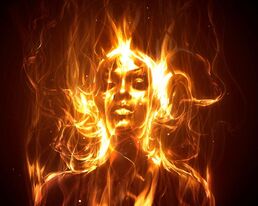 4. HEAVILY SAVED– The fourth are those who are heavily saved and are fiery. They are a bright lamp in the spirit. They are with Crowns and Fire and light. These are those who walk in holiness and Purity. These are the city set upon a hill and the candle that gives light to the house; they are the light to those who are bound in darkness and shadow of death. The bible says in John 5:35, “John was a lamp that gave a lot of light, and you were glad to enjoy his light for a while.”
The Cause OF Prayerlessness In The Life Of Christian Part-1 BIBLICAL WAY TO ANOINT YOURSELF & HOME ANOINTING STRATEGIES
The Word Oil came about from the word Olive. This…
Cresta Posts Box by CP