NOTE BY EDITOR: This post is mainly for AFRICANS. Their hair is usually black, rough, kinky and curly and doesn’t flow naturally. Please see photos below. Caucasians, Chineese, etc have flowing hair which is not curly.

When we came to the Lord,He started teaching us about His holiness little by little.

1 John 2:15 ‘love not the world,neither the things of the world.If any man lovesthe world,the love of the Father is not in him.”
The Lord really does want us to be separate from the world.
A tree brings forth fruit after its kind,you cannot say you are Holy inside while outside you are just like the worlds.
The outside shows what is in you.

At the time when the Lord had told us about all these things,we had thought stretching hair by blow drying was not a sin as God had only mentioned perming.
This post is about how God told me that people go to hell for blowing their hair.
God told me that blow drying your hair is just a different procedure but will have the exact same effect as perming and it’s not the procedure He was concerned about,but the effect.
At about that time,I got so sick and was in hospital.
God then showed me a vision that I should wash my hair to undo the blow drying, and He told me that if I died then,I would go to hell for blowing my hair.
God also gave me an experience to show me how serious this was.
I found myself out of my body and descending into the pits of hell.
As I descended and saw the people suffering and screaming in hell,I immediately knew that the reason I was going to hell was because of blowing my hair.
I was so scared and I thought to myself,”so this is it?i ll go to hell for blowing my hair?!”

And I was so desperate and began begging the Lord Jesus Christ for mercy, and I found myself back on earth.
The Lord was warning me, and if He hadn’t showed me mercy,I would have been doomed forever.
At about this same period,my sister had an encounter where she was attacked by agents of darkness.
They appeared in her room and strangled her in an attempt to kill her.
As they did this,they searched her looking for anything that would give them right over her.
They inspected her whole body,looking for something to accuse her of and in the end one of them said to the others,”holiness is there,yes,but not in the hair.”
She immediately knew they were reffering to her blown hair.
It was what they had found to accuse her of.

So God has shown Zipporah and I that blowing hair is a sin and people go to hell for it.
God is extremely holy, and if we want to make it to heaven we must be ready to let go ANYTHING that the Holy Spirit tells us to stop.
If you want to make it to heaven,anything God has convixted you of,you need to stop it,don’t postpone and don’t compare yourself with others,just follow Jesus in complete obedience.
Narrow is the way that leads to life and the bible says strive to enter at the narrow gate because many will try to enter,but they will fail.

Some people keep arguing that the outside does not matter when it comes to holiness but I tell you today without any doubt that God cares about the outward holiness too.That is why He said,”you are the light of the world.”
Your holiness starts from the heart but its fruits are visible on the outside.
Satan is the one deceiving you that it doesn’t matter,it does,repent now before its too late.
Whoever gives up their life for Christ will find it and whoever holds on to their life,will lose it.
You can live for yourself now and perish,or you can live for Jesus Christ now and enjoy eternal life.
Yes,while here on earth,when we see people so worldly and yet seemingly being used by God,or when we see other Christians being worldly and still praying and getting their prayers answered,we may interpret it to mean all these things don’t matter,but they do.
2 Corinthians 10:12,”……………………but they measuring themselves by themselves, and comparing themselves among themselves are not wise.”
Oneday,you will die and have to account for your life and you will realize its too late to repent.

It is God’s mercy that we have been warned before it is too late.
Let us continue seeking God’s correction in all we do and live for God.
Lets not grieve The Holy Spirit by hardening our hearts from His correction but rather let us submit to Him in obedience.
1 Corinthians 3:19,”For the wisdom of this world is foolishness to God,for it is written,He taketh the wise in their own craftiness.”
Matthew 6:24,”No man can serve two masters:for either he will hate the one and love the other…………………….”

Meaning of Evil Dreams
The Danger Of Perverse Church Doctrine On Women Trouser — Part 2
9 Most Important Ways Of Overcoming Temptation
The Danger Of Serving God Under The Anger Of God
Divine Experience Of A Nigeria Soldier In The Land Of The Dead
The 1932 Great Revival In Nigeria Through Apostle Joseph Ayo Babalola
8 Hours in Heaven By Ricardo Cid
My Vision of Heaven By Marvin Ford
Revelation Of Jesus Second Coming And Appointment By Shanu Joshua Taiwo
Do Not Glory Yet By Pastor Abraham Yakubu-CHAPTER 4: THE JOURNEY TO HEAVEN 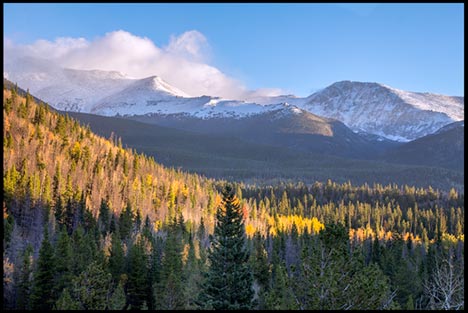 A DIVINE REVELATION OF THE LOVE OF GOD
SATAN'S LATEST TRICKS EXPOSED BY JESUS! By Zipporah Mushala
The Mother Of All Harlots And Her Mighty Weapon Of Sex--Part 2
9 Most Important Ways Of Overcoming Temptation
The Ungodly Influence of Worldly Music
The Path -Fire on the Mountain by Rick Joyner eBook
Symbols and their Meaning
Vision of Tight Fitting Mannequin Spirit
23 Minutes in Hell by bill Wiese
8 Hours in Heaven By Ricardo Cid

Moreover if thy brother shall trespass against thee, go and tell him his fault between thee and him alone: if he shall hear thee, thou hast gained thy brother.
Matthew 18:15
DailyVerses.net