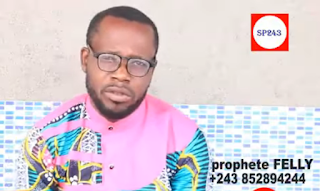 The end of time. We were holding a convention in our church and we have received a servant from the south of the country.

The Lord said, “Grace, I want you to get out of the compound.”

The Lord said, “Grace, get out of the house.”

But I continued to pray because I was flowing in prayer. The Lord called me for the third time. At that moment, I got out of the living room and I was now in the yard. I remember I was still praying in tongues.

The Lord said, “Don’t stay in the courtyard. Get out in the street.”

When I went out of the compound the Lord said, “Advance to the place where the street meets with another direction in the crossroad.”

When I reached the crossroad the Lord said, “Now begin to declare words that I will tell you.”

When I was about to turn around, the Lord said, “Grace, look up to the sky.”

I remember on that day there was no electricity. It was really dark. When I looked up to the sky I saw a powerful light. Then I noticed that this light was circular and intense. In the middle of this circular shape, there was flowing great light. Very quickly I saw a figure that looked like snow and light.

When I looked closer, I saw that it was actually a bright angel that had wings. I saw that he was holding a vase. I was stunned and I kept interceding in tongues. I had goosebumps and my hair rose.

When I looked again, I saw this circular light descending to Earth and the angelic figure was growing bigger. What surprised me is that I saw this angel was dressed in white and he was wearing a black crown. Moreover, he had two horns on his head. I was shocked.

When I looked at his feet I saw that it was metallic. This was a humanoid giant demon standing in space that was holding a vase.

The Lord said, “Grace, what do you see?”

I said, “Lord, this is a strange angel. What is his vase for?”

The Lord said, “Behold, look at what he is doing.”

When I looked, I saw this angel of Satan breaking the vase he was holding. As a result, a liquid product began to splash and propagate.

The Lord said, “Look carefully where this liquid is falling.”

The Lord asked me, “What do you see?”

The Lord said, “Now look at this angel.”

This the Lord told me, “Grace, I chose you as a messenger despite the people’s hard heart. You must proclaim My message to the people. You must warn the Church to be on the alert and to watch. Warn the Church for the devil is surrounding and covering the Earth with total and absolute darkness. He is multiplying and increasing darkness in all parts of the world. The globe that you saw is the Earth and the nations of the world. The demonic angel that you saw was sent by Satan to launch darkness on the land. He is multiplying darkness. Behold see how he is increasing darkness that is covering the world.”

My dear, when I looked I saw the gathering of the global elite. It was a summit of world leaders and chiefs of states. I was able to recognize many of the world leaders. In the auditorium, I saw a podium where the dragon Lucifer was giving instructions and directives.

I saw the dragon saying, “I will extend your mandate in terms of power. In return, you must serve me and help me fulfill my mission. I want to dominate the world filling the Earth with more darkness.”

Then I saw Lucifer making a sign towards the floor. As a result, I saw countless boxes appearing on the floor.

Immediately the Lord told me, “You see these injections the dragon is giving the world leaders. It is precisely the liquid that the beastly angel has splashed all over the world to increase darkness and rule.”

I said, “Lord, what is this product?”

The Lord said, “This is the vaccine that they are giving to the world supposedly against the spread of coronavirus.”

The Lord said, “This vaccine is not against coronavirus. It is the mark of the beast. It is the domination of Satan. The vaccine will facilitate the Adversary to rule the world. It will increase the darkness. After the vaccination of the world population, you will see the escalation of sin, immorality, and moral bankruptcy. People will become incredulous towards the Church. People will not accept the sound doctrine and Biblical gospel. Those who belong to Me will suffer persecution and they will be rejected. The power of darkness is about to escalate and fill the Earth more and more.”

My dear, I know that some will criticize this message. What matters is that you heard the message and happy are the ones who take into consideration this message. You remember last year when I did a video where the Lord said that this pandemic does not come from Him.

The purpose of this pandemic is that the devil wants to possess the people. The devil is rushing to do what was supposed to happen in the aftermath of the rapture. It is actually when the Church is raptured that those who are left behind are supposed to face this choice. It is when the Church is gone that global disaster and cataclysm will strike the world. But it is the presence of the Bride on Earth that is delaying judgment.

[The above paragraph reflects the Pre-Tribulation Rapture view. Some Christians believe that ALL Christians will go through the first 3.5 years of the Great Tribulation, which is the time of the Devil’s wrath via the Antichrist and the False Prophet. The second 3.5 years of the Great Tribulation is the time of God’s wrath. Only those who grow to the full stature and measure and fullness of Jesus Christ (the Manifested Sons of God) will be caught up in the Rapture before the time of God’s wrath.]

But painful days are ahead for humanity. This pandemic is just a foretaste. The Antichrist will control and impose chiefs of states over nations. At that time, no one will buy and sell unless he has the mark. The Antichrist agents will check who is selling and buying. There shall be torture. We must work in order to escape the things that are about to happen. The Great Tribulation must be avoided at all costs.

The enemy is cunning and knows the end-time prophecy. What is to happen during the Great Tribulation he is rushing to implement it now. He wants to win the souls of the elect. The dragon will cause the government of the world to impose this vaccine. That way the Bride of Christ will be forced to receive it. The right to work and employment will be bound to this vaccine. Unless you receive the vaccine you will not work. And anyone who takes this vaccine will belong to the devil.

When you take this vaccine your soul belongs to the enemy. Thank God for our president that is a Christian for he will not impose on the people. The president gave the people the choice.

The Lord told me, “Warn My Church. This vaccine is being administered and My children will be pressured and tormented to receive this vaccine. The dragon is rushing to do now what he was supposed to do in the aftermath of the rapture. Yet the Church is here. There are countries that will impose their people. They will fire people. They will even confine people to separate them from the vaccinated population. People won’t have the right to their own money in the bank account.”

Divine Revelations – The Story of God, Jesus and the Bible

WITNESS OKWUDILICHUKWU 13  8 GOSPEL MINISTERS & 17 CHURCH WORKERS IN HELL
OBINNA AKUKWE OF GHANA 2 NIGERIAN CHURCHES AND THE RISING INFLUENCE OF MARINE SPIRITS
ANGELIC ACTIVITIES AS WE PRAY
ESCAPES FROM HELL, GIVES AWAY ALL HIS MONEY
WITNESS OKWUDILICHUKWU 5 8 GOSPEL MINISTERS & 17 CHURCH WORKERS IN HELL
JURANDIR FERREIRA OF BRAZIL  FROM SORCERER TO SOUL-WINNER FOR CHRIST
JEAN MARK MUTUMBO OF DR CONGO 3 MORE DETAILS ON THE SECOND HEAVEN AND THE MARINE KINGDOM
ASTON ADAM MBAYA OF CONGO 20 JUDGMENT AT THE GATE OF HEAVEN FOR CHRISTIANS WHO HAVE DIED
PRAYER TOWER IN HEAVEN
SISTER IULIANA OF ROMANIA |  I MET MY ABORTED DAUGHTER IN HEAVEN WHO WAS SUPPOSED TO BE A PROPHETESS...
Post Views: 166