The 1st step into spiritual warfare for a City or Region or Personal life is “HOLINESS”.
We will destroy the powers of Darkness as we expose the operations of the the Satanic kingdom. ​

The mission of these four demons is to strengthen the power of demons all over the face of the Earth. That is why witches would call upon the four elements ever so often when they encounter great tasks.

Then you must bind the Four Demons that are stationed at the four corners of this region or city. After, you take authority over the 12 guardian Demons of the gates of this city.

CONFESSION OF A FIRST CLASS GRADUATE 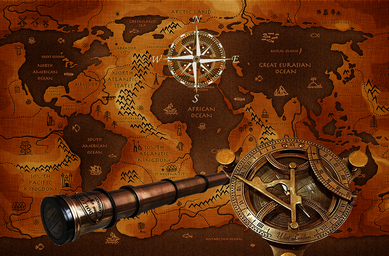 This is important because there is a protocol and principle in the spirit realm. This is mentioned by Jesus in Mark 3:27, “No man can enter into a strong man’s house, and spoil his goods, except he will first bind the strong man; and then he will spoil his house.”
When satanists want to besiege a city, they first invoke the power of the four demons of elements, then the four guardians of the city or region, and command their obedience and total submission to any command given by the witches or satanists. Then they would capture the 12 gates of that place.
As long the satanists have the gates, a Christian preacher who enters this region will not be effective in ministry. Many Evangelists have been unfruitful in their work because they lack knowledge of the principles of the spirit realm.
In spiritual warfare, God may direct you to use certain direction, colour or material; these are significant and are connected to the spirit realm. (Read the Book of Exodus and Leviticus). This is called strategic.
Generally by nature, spirits [Angels, Demons] are connected to points, numbers and materials: Cardinal points, (Exo 26:35), Gemstones, (Exo 28:17-20), Materials (Exo 26:14, Exo 27:6), Colours, (Exo 26:31, 28:5-6), Measurements (Exo 27:1), Plants i.e. Acacia wood- Leviticus… Time….. and Seasons.
God Himself operates through gemstones, certain materials, colours etc. (See Exodus 28:15-20, Exo 25:3-8).
​
Strategic Warfare is basically using extreme strategies in war against the kingdom of darkness.
​Example: when we are praying against Generation Curses, we lay hands on the person’s Navel because the Umbilical Gate is where all Family curses are passed on from the family blood line to each child born in the family .Let me add, God may tell you to use these things literally or he may speak using these things in a dream.
​When God speaks it is translated in the language form of Dreams and Vision. SEE: Interpreting Dreams
​When you get a dream or vision, you will see any of these and would need to interpret them to know what the Lord is saying.
​
Your Weapon will be according to the Angel that is assigned to you.
Example me. My Weapon is fire…and this is because the Angel that is assigned to me is an Angel of Fire.
In spiritual warfare, you will only win if you use your weapon.
If David had use a sword and shield, he would have lost because at the time, this was not his weapon. His weapon was the Christ. Christ is the Rock; and that is why David had to take five rocks, which represents the five mantles of the Apostolic ministry of Christ.
Therefore he said, the Lord is my Rock and my Salvation.
​
DIFFERENT POSTURE & STRATEGIES IN SPIRITUAL WARFARE
​​Warfare is done in many ways using different strategies, e.g.:​
​HOW TO DO EFFECTIVE WARFARE
​AGAINST DEMONS
1st STRATEGY – PRAYER FORM, the manner in which you structure your prayer.
E.g. 1. Some may say, “Demon go in Jesus name and don’t come back”. This is NOT strategic prayer nevertheless, according to your power it will happen as you commanded. ”
E.g. 2. Some may pray simple and say, “Demon I bind you and cast out out into dry places in Jesus name.” This is not so strategic but it can happen according to the level of power on you.”​
E.g. 3. Some may pray and say, “You leading ancestral demon of sickness in my life, I bind you and all your subject with chains of holy fire and I render you shield-less, weaponless and defenseless, powerless and ineffective and I cast you out into dry places into torment. I also cripple and frustrate all your reinforcements and bring them to naught. This is strategic praying.”2nd STRATEGY– DESTROYING NEW AGE OR OCCULT MATERIALS
Spiritual warfare is not only praying in Jesus name. There are actions that must be perform to break demonic ties. Demons are attached strongly to materials, such as enchanted things like Amulets, Good Luck Charms, Pendants, Talisman, Oils for blessing receive from occult shops etc. Prayers and blessings received from Wiccans and witches or members of the Occult should be destroyed because they are doorways and curse things. Mirrors can be a gateway. If u suspect demons are entering your room after u purchase a mirror, you should break it. Not only mirrors but anything i.e souvenirs.
BEWARE! Amulets, charms, sage for cleansing, powders, plants, and natural stones are all New Age ways of finding protection and dealing with Demons. THIS IS WRONG!!!
This is not approvable by God. This is a trick of the devil to lead men into self reliance and rebellion against God. CLICK HERE  FOR LIST OF DIVINATION.

3rd STRATEGY- PERFORMING ORACLE AGAINST THE DEMON. This may require revelatory knowledge. This can and will only be directed by the Holy Spirit, nevertheless, I will explain this in an upcoming article.

4th STRATEGY-  USING NATURAL MATERIALS- Anointing Oil
Certain physical objects can obstruct a demon, but ONLY the power of Jesus the Christ can bind and destroy a demon in the life of a Christian.
Demons are spirits and are made up of energies and have frequencies also. Spirits are always attached to elements, etc. When I say spirits I mean God, Angels and Demons. This is Biblical, Read Book of Exodus.
All demons are associated with a special skill and material. Some demons are associated with certain mineral stone, while some are associated with certain plants, trees, planets, musics. Click HERE FOR MORE INFO.
Because natural materials are also made up with energy, this energy can interrupt their energy.
E.g. Anointing Oil is also useful in keeping demons out and at bay. Consecrated vessels in your house can do the same. This is why anointing and consecrating your entire house, vessels, car, animals, gates, walls, and other utensils are important.
Salt is a substance with great mysteries behind it, and though few references were made about salt in the scriptures, the in-dept knowledge is still unknown by many. Salt can also hinder demons because of the properties in it. This truth is not known by mainstream Christianity due to spiritual blindness in God’s mysteries hidden in the Holy Bible. It’s funny because even the witches know the power of salt against demons and this is the reason they uses it.
Salt is used to restore the ground, cleanse the waters, and preserve things in scriptures.

​5th- KNOWING THE HIGH DAYS OF SATAN’S KINGDOM
Knowing the “High Days of Hell” is strategic. During these times, altars are build in the heavenlies. One should always declare and call forth the fire of destruction or the fire of Elijah upon these Altars in high places. If these Demonic Altars are not broken down, deliverance will be hindered and the demons and human spirits will gain strength from these sacrifices.
​The Equinoxes and Solstices makes up the quadrant of the year in which the mysteries of warfare is revealed. There are also specific times of the months and year when a certain warfare is waged.
There are two spiritual plains in which all Christians are engaged in spiritual battle; “Ground-level,” and “Cosmic Level.”Strategic praying is also knowing the times for specific prayers. This is highly recognized in the Jewish culture and Judaism.
Praying at those times can be very effective as there is a greater chance of hitting the target midpoint. Identifying the categories and levels of the hierarchy of the Devil and Lucifer and their operation is the first step into spiritual warfare.
You CANNOT fight in a warfare you do not know about or how it is organized.
​
As I said before, the Devil’s kingdom is on the earth, and beneath the waters and roam the earth within the last quarter of the 24 hour day. Satan’s kingdom on the other hand is within the heavenlies, in the side of the North; it’s among the galaxies etc.
The evil servants of Lucifer [Satan] are the one third of Angels who fell with him, and they are under his ministry working tirelessly. Under these angels are Demons of different ranks. This forms the hierarchy of his kingdom.
The Devil’s army on the other hand are the Demons, an army harnessed from the offspring of the fallen angels in Genesis. There are also few angels under the Devil. The genetic creation of Demons i.e. the E.T beings are also among the armies of the Devil. All these beings are evil.  ​
​

THE 6 REALMS OF THE SECOND HEAVEN
YOUR SPIRIT ENTERS WARFARE ​DURING SLEEP
CHAMBERS OF IMPRISONMENT  IN 4 WORLDS OF DARKNESS
OUTER DARKNESS - Can a Christian Go To Hell?
REALITY OF HELL
PRAYING IN ANGELIC GATES ​OF TIME
Baphomet is the god of music in the pandemonium kingdom.
MYSTERIES OF DEMONIC COVENANTS
​SPIRITUAL COMBAT WITH INTERNATIONAL ​DRAGONS
EXPOSING VARIOUS SATANIC WEAPONS & SCHEMES USED AGAINST CHRISTIANS.
Post Views: 135