This testimony is the 12th part in a series of thirteen volumes. To fully benefit from it, you need to read the twelve other parts, in numerical order. 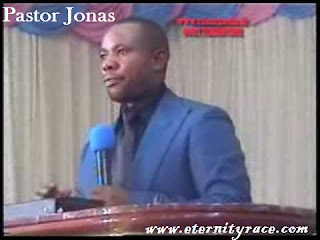 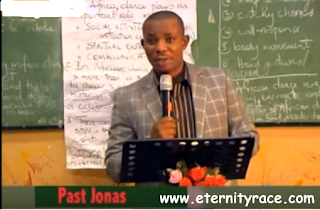 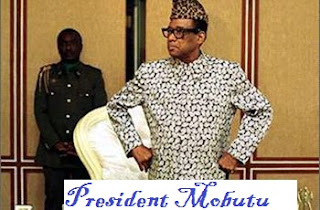 All those people of Mobutu who worked in the transitional government, it was just a distraction. Those people were friends, all of them were agents of satan, who work for the same master, with the same objective, to plunge people into suffering.
While I was passing by, I saw a church where one was talking about witchcraft. So when I heard that, I said to myself: But these people with their churches, they always talk about witchcraft, satanism, but if a satanist or a sorcerer comes to them for deliverance, they will do nothing. So I will go in there, I will call demons, they will strike these people, so that they no longer talk about witchcraft.
I entered, I was sitting somewhere and the Christians were praying, it was the morning intercession. The one who were leading the prayer said: All of you who are seated, leave your seats and come forward, there was an empty space, I also left my package and went forward with true Christians.
Once there, I knelt down like any other person. One gave a prayer topic and people were praying with their eyes closed. I was also there with my eyes closed. While others were praying, I was invoking demons. Usually every time when I was invoking demons, when the demons were on the way, I could look at my hand and see a shadow appearing.
So that day, I was on my knees and I started to invoke demons. I invoked them, but to no avail, because when I was looking at my hand, nothing appeared. And while I was still on my knees, I felt a little heat at the roof and this little heat was coming down gradually and when it was coming down, it was increasing in intensity, and as its intensity was increasing, the heat was becoming fire. 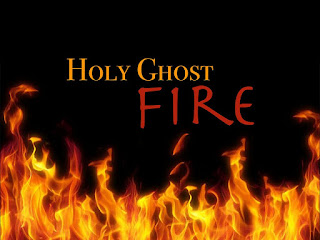 And when the fire touched my head, it was terrible my beloved. As a satanist, I could get before a brazier full of embers, put my hand in, take some embers and close my hand again, and when I opened my hand again, the embers were put out and there was only coal which remained.
But that day, the fire that came upon me was not the brazier fire, it was a fire that I had never felt before and when it came upon me, it was not only confined to my head, it spread all over my body, even my feet were affected. And then my body started to burn inside me, it was terrible. I infiltrated the Church of Jesus with a bad intention.

You sorcerer, know that God sees you every time you come to the Church to make your incantations. He is not afraid of you. It is because of the love He has for you, that He continues to demonstrate His patience towards you, by leaving you time to repent. But if you persist in what you are doing, know that when God will have enough of your wickedness, He will send His fire on you and you will know that God is God and that His power is far above all other powers.

That day, you will know that one cannot attack the living God and escape, because His power is unrivaled. That day, the fire came upon me and I was thinking how to get up and run away. I was on my knees and was making efforts to get up. If you kneel down and one asks you to stand up, how long does it take you? Perhaps less than a minute, isn’t it? 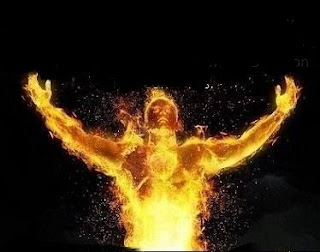 But I, that day, I wanted to get up and run away, but my knees were pinned to the ground, and while I was making all my efforts, the people who were praying opened their eyes and saw me. It was at that point that the prayer ended. Everyone directed his prayer towards me and the whole church began to send fire on me. Everyone was sending fire on me and it was terrible. I spent ten minutes on my knees.

You, agent of satan, who receive this testimony, I seize this opportunity to tell you that, whoever you are, whatever the ladder you have already climbed with your master satan: your knees should bow before Jesus.

When God is Silent

And after the ten minutes, I concentrated. Since there was an excessive heat, I invoked my master (the one of Kisangani), and he did not answer. I invoked the priest who had initiated me into the catholic magic, but there was no response. So I said to myself: “Since all these people do not want to answer me, I will now invoke the greatest master”, and then I invoked lucifer. Even lucifer that day did not answer. 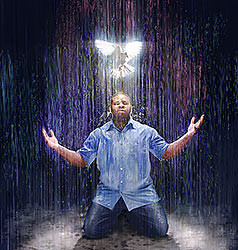 The devil has no power over the Church of Jesus. And in the end I fell down, I lost consciousness, I was brought out. When I was outside, passers-by were called to come and see the satanist who had fallen. That day, I was completely humiliated because it was in the city centre.
When I got some fresh air, the communication with lucifer was restored. And he told me: Go back into the church and kill two people. While one was burning me, he was not there, but he told me to go in again. Satan is not serious. Beloved, that is the great difference with Jesus.

END OF TESTIMONY
I invite you to sing with us this wonderful song entitled Hymn of Justice, that the Lord granted us the grace to compose in order to highlight the excessive idiocy of Men without God. This song befits perfectly the testimony that you have just read.
HYMN OF JUSTICE
O men, fear the Lord!
For one day you shall stand before His throne,
To give account of
All the things that you will have done on earth.
1. You great men, rulers of this world,
You whose bodies are healthy, fat and strong,
Your pride is round you like a chain;
Wickedness covers you like a garment.
2. You always pervert equity,
And you cast down righteousness to the earth!
You rob the people of their right,
You turn aside the needy from justice.
3. You come together secretly
And say, let us lurk for the innocent;
You swallow them alive like Sheol,
And you take hold of their valuable goods.
4. You hypocrites, you cause great wars,
And you all pretend to be peacemakers;
You cause division and you rule,
You destroy those who were living in peace.
5. Although you are living as gods,
You will all die like common animals,
Hell fire will not take into
Account the great title you had on earth.
6. For a fleeting little power,
You all choose to sign great pacts with satan;
And for a few banknotes, you cause
Thousands of innocent people to die.
7. Know that all the pacts that you sign
With satan will be of no use to you.
All the human sacrifices
That you make will surely lead you to hell.
8. In broad daylight you are well dressed up
In suits, jackets and ties; but at night time
On the request of sorcerers
You all stroll, naked on the streets’ corners!
9. O you brutish! Are you not veiled,
All around you people die every day.
None of them has ever taken
A thing. They all return just as they came.
10. Know that the gods that have not made
The heavens and the earth shall all perish.
Let me remind you that, even
If you cling to power, your end will come.
11. For a useless post of honour,
Homosexuality, satanic sects
Become your daily practices:
You choose hell instead of the Living God.
12. You foolish, know that hell is real,
And it will last for all eternity;
Therefore, if you do not repent,
You will certainly not escape from it.
May the grace of the Lord Jesus Christ be with you! Amen!
HEAVEN IS SO REAL by Choo ThomasDo